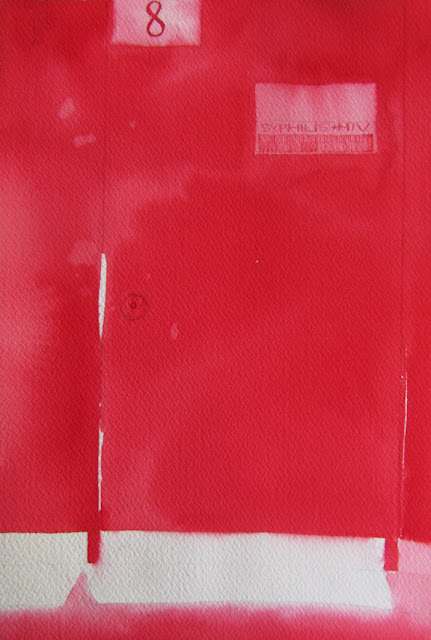 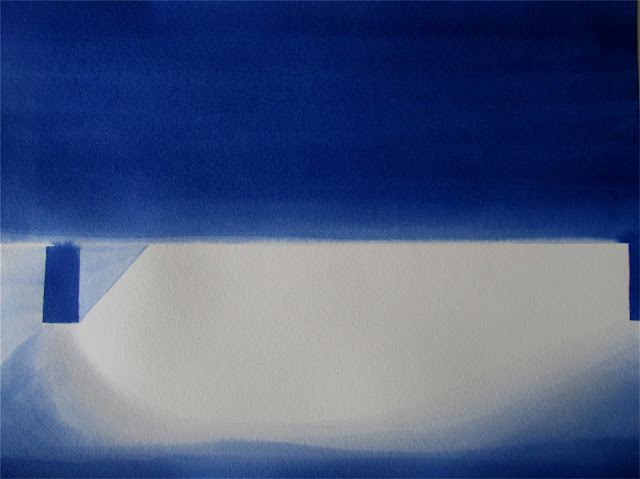 In Sin Titulo, San Francisco artists Scott Hewicker and Clifford Hengst explore the nether worlds between sublime mystery and lurid banality. In drawing, painting, videos and performance, both artists mine sparsely populated interiors and haunted objects that reflect on the anticipatory charge of discreet physical contact through experience, memory, and fantasy.
Hengst's watercolor and ink paintings on paper are based on dim light and shadows, and places people hide themselves both physically and emotionally. He investigates the darkness and mundane allure of anonymous settings and the strange and silent waiting game of boredom and promise.
Hewicker's acrylic on canvas paintings take on a wide breadth of subject and styles from muted objects and abstracted figurations, to blurry landscapes and soft focus interiors. His new paintings concentrate on the empty low-resolution environments of bedrooms, bathrooms and various public and outdoor spaces emphasizing a compulsive ambiguity between public and private.
Cliff Hengst has shown at Gallery 16, SF; Mariella Arts, Milan; Test-Site, Austin,  TX; Yerba Buena Center for the Arts, SF; Second Floor Projects, SF, and LACE, LA.
Scott Hewicker has shown at Jack Hanley Gallery, SF; Galleri Christina Wilson, Copenhagen; Deitch Projects NY, University Art Museum, Berkeley, CA; New Image Arts, LA and Second Floor Projects, SF. He co-curated the exhibition, Hauntology at the Berkeley Art Museum with Lawrence Rinder in 2010.
Hengst and Hewicker will collaborate on a performance piece during the opening. They have previously collaborated together for the book, Good Times, Bad Trips published by Gallery 16 Editions in 2007. This is both artists debut show for the gallery.