ALEX KVARES , CRITIC PICK AT ARTFORUM, FOR OUR SHOW AT MULHERIN + POLLARD (NYC)

on February 15, 2014
Alex Kvares : All My Work Is Posthumous
at Mulherin + Pollard ( which is ADA's sister gallery in NYC) 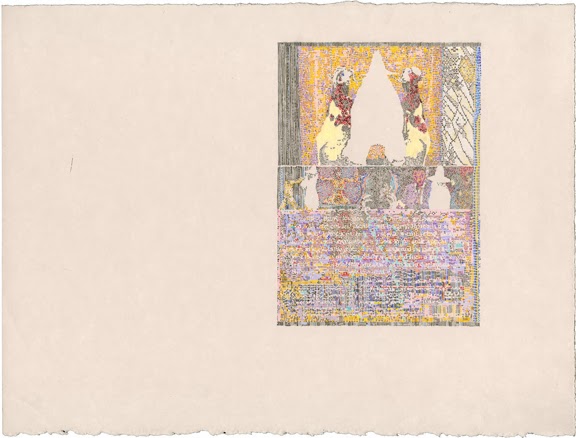 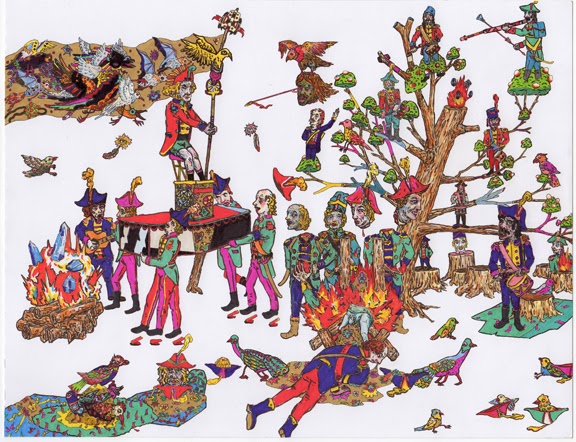 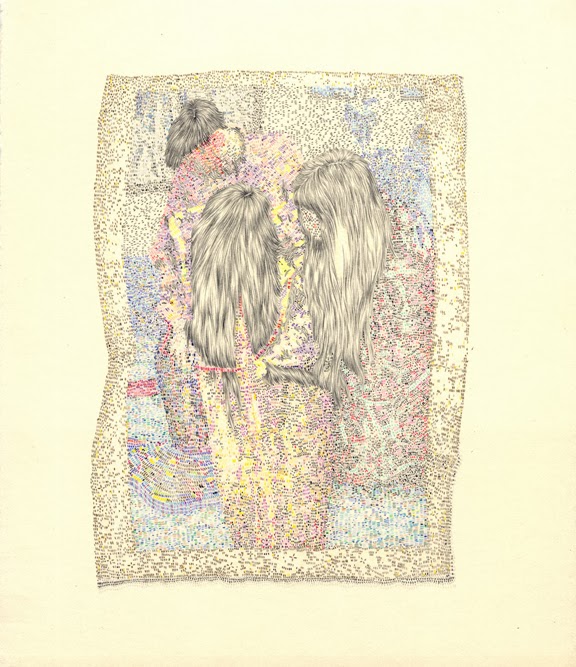 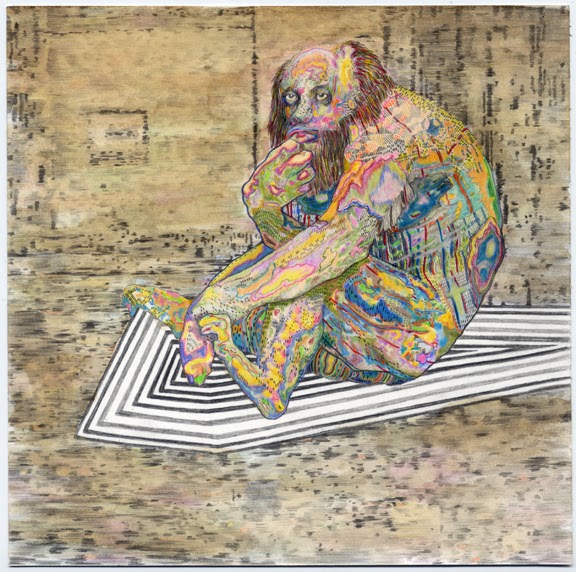 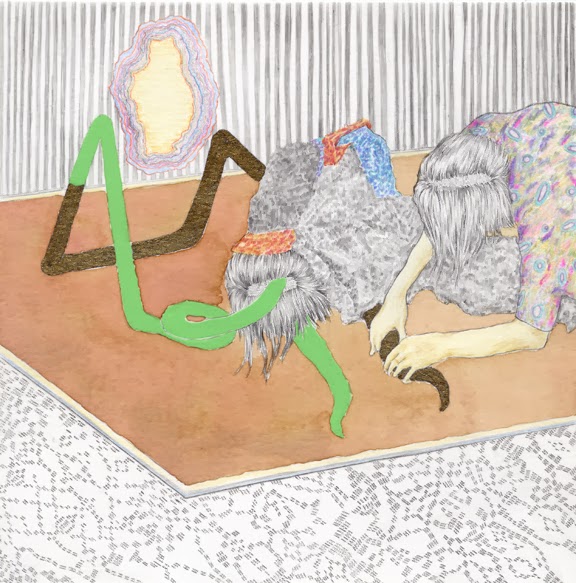 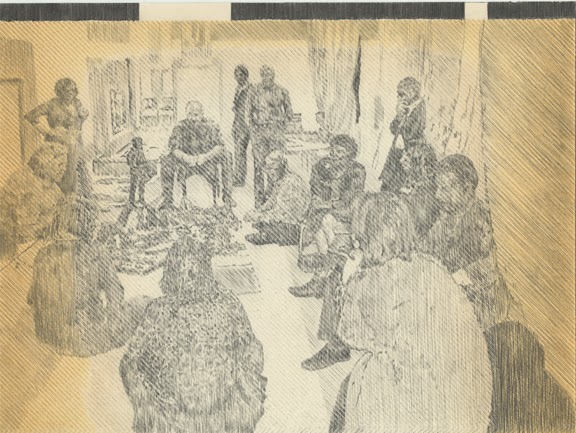 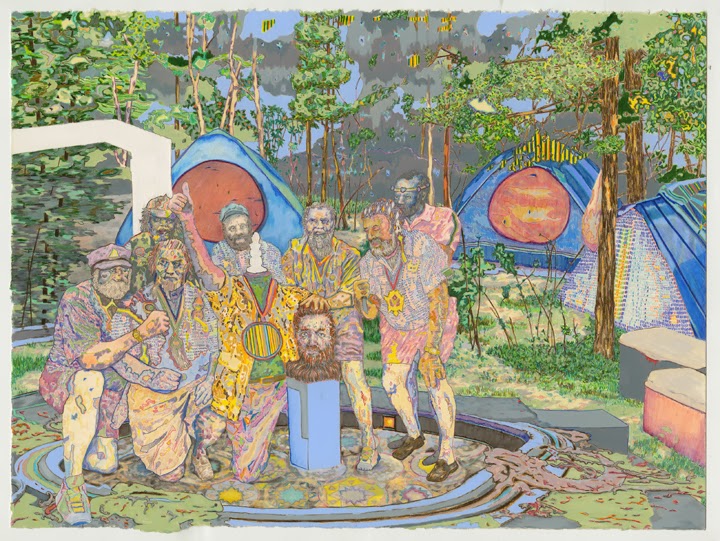 Marked by a staggering amount of detail and an impossible amount of lines, Alex Kvares drawings radiate a quietness and an equally hypnotic power. In one series of works, Kvares uses an old book of graph paper, working grid by tiny grid to make what appear to be intricate maps or blueprints of some magnificent, cosmic creation. there's a system within these beautiful works, which seems adhered to and subsequently ignored, each careful decision can be felt, as well as the hours spent creating them. Another series, like the work pictured above, feature creatures, hikers, campers drawn with his signature delicate touch. Freed from the confines of the graph paper, these imaginative, figurative drawings combine dark humor and fantasy while retaining the awe and beauty of the grids. Another new series, Kvares presents brightly colored tri-cornered hat wearing soldiers mingling with nature, celebrating, sharing banal, comradely moments while in others soldiers seem to be suffering something more sinister. Drawn with a much sketchier, immediate style, these satirical, comical drawings revel in the nonsense found in ceremony, politics, life and war.

Alex Kvares received his BFA from the University of Kansas in Lawrence and an MFA from the University of Texas in Austin. His work has been exhibited at the Atlanta Contemporary Art Center, Josee Bienvenu Gallery and Mulherin + Pollard in New York, Steven Zevitas Gallery and Judi Rotenburg in Boston, the Contemporary Art Museum in St. Louis, the Minsk Museum of Modern Art in Belarus and the Southeastern Center for Contemporary Art in North Carolina, and others, and He's been included in several issues of New American Paintings.
He currently teaches at Pratt Institute, NY and lives in Brooklyn. 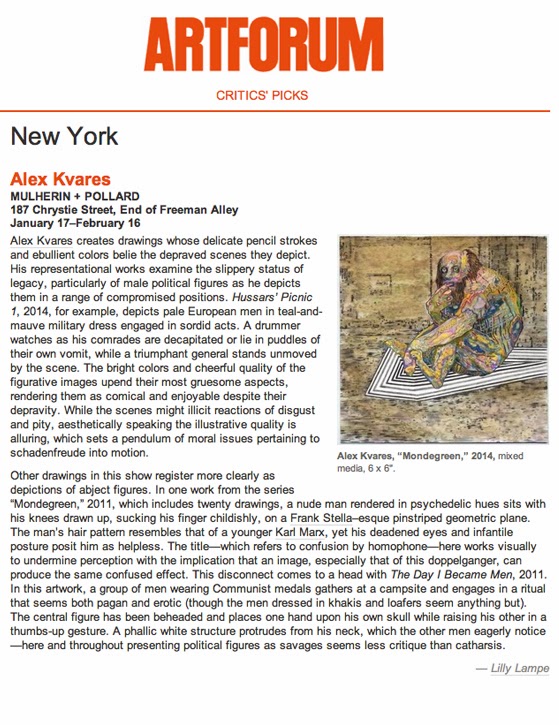