on February 14, 2015
Here are some images from our NYC show SAILOR'S DIARY
from JUNE of 2014 at our sister gallery (now closed.. boo hoo)
MULHERIN + POLLARD 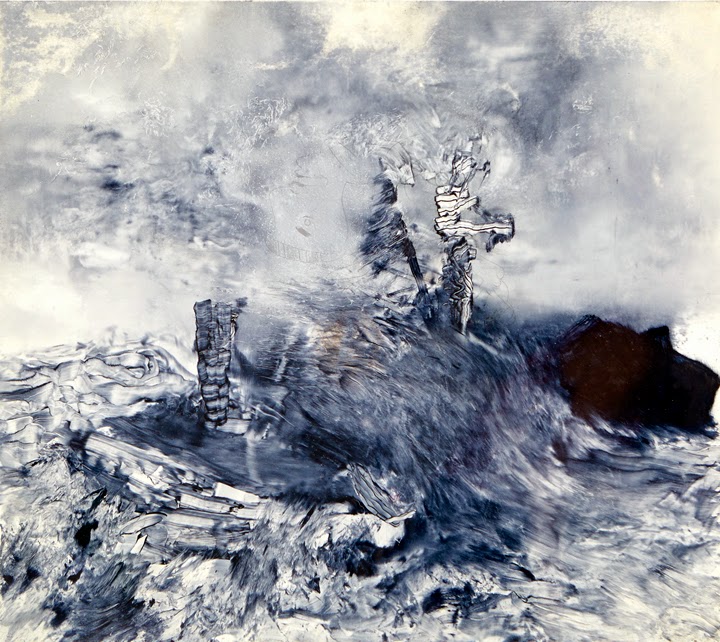 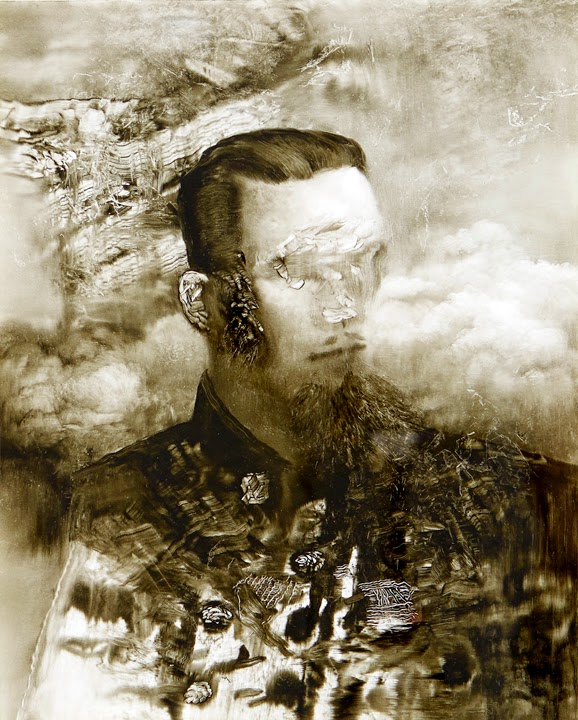 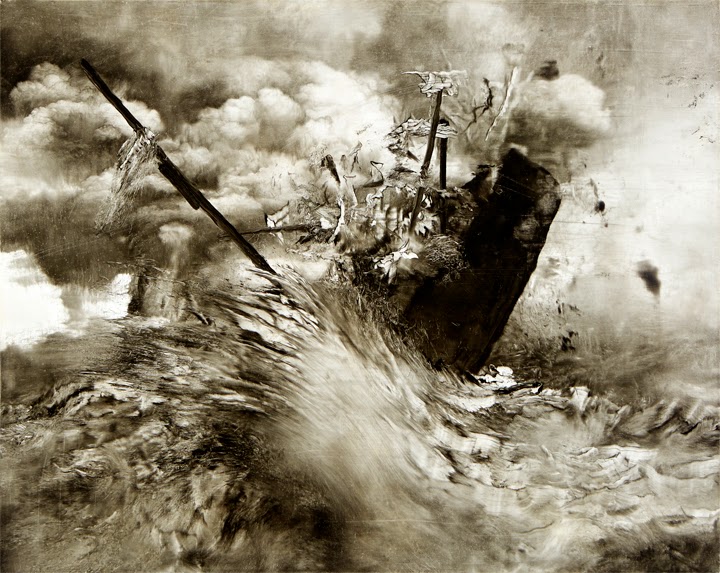 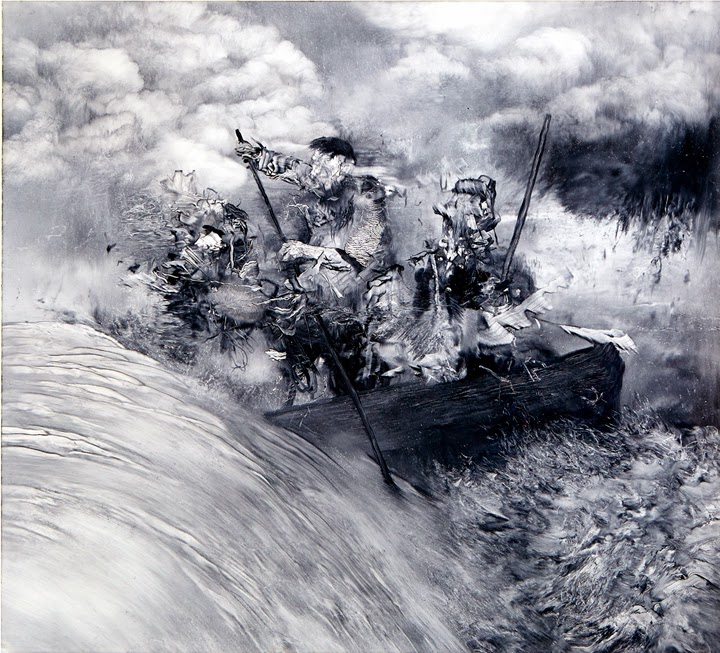 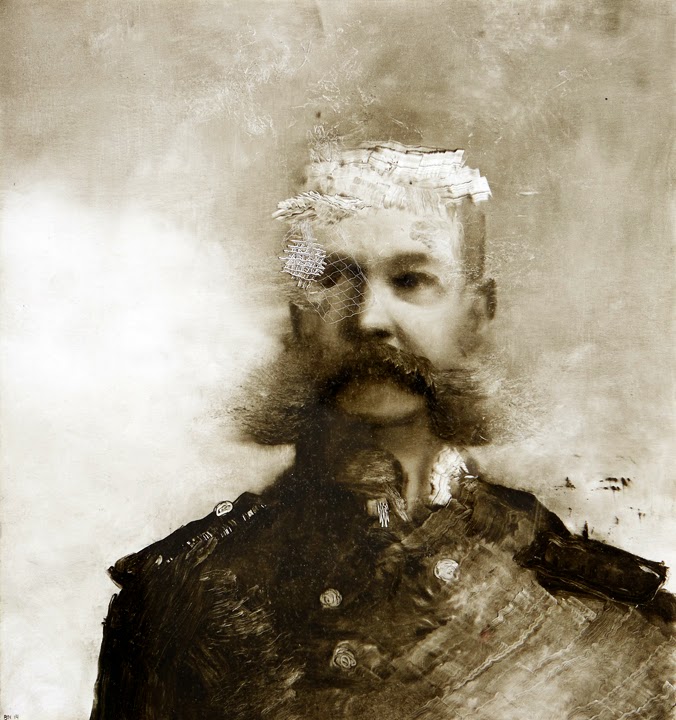 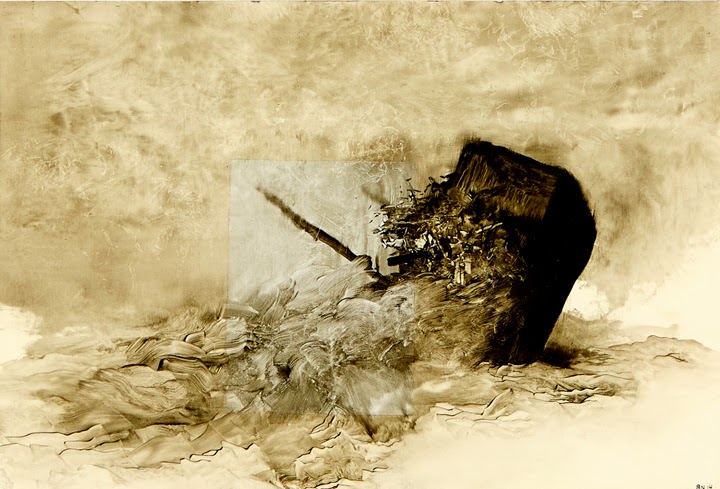 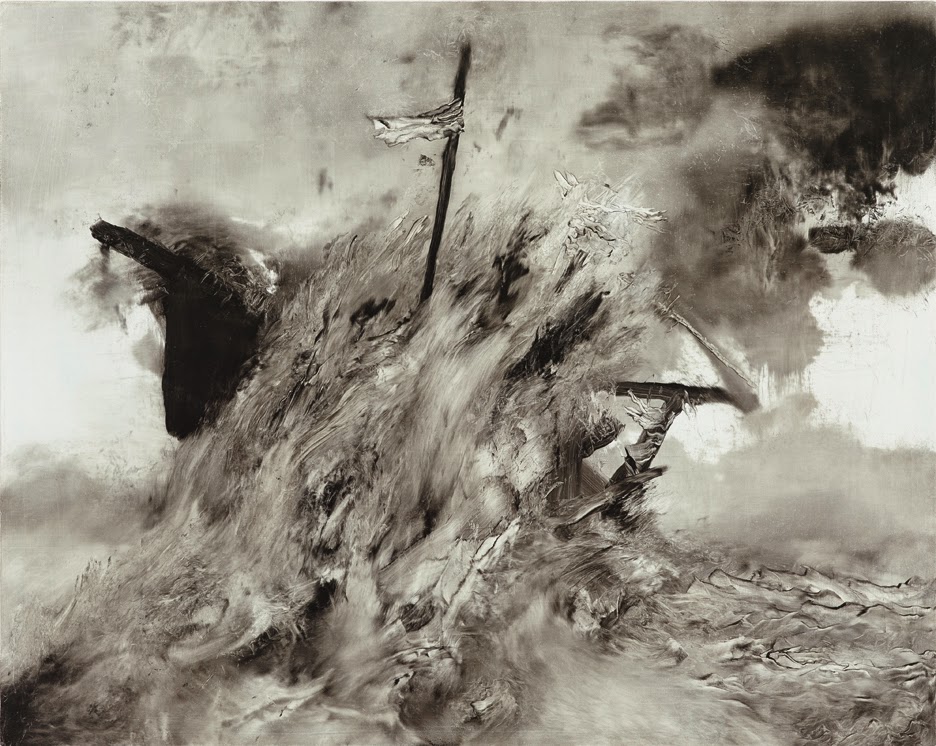 Novatny's oil paintings and drawings explore the tempestuous storm-tossed seas of historical tumult, elemental battle, war and disaster. Both private and public in manner, they simultaneously reflect the full sweep and powerful grandeur of their subject matter as well as reveal the intricate rendered gradations of his stark palette, mostly comprised of rich tonal fluctuations of black, white, and quieted grays, with muted earth tones.

With an anachronistic sense of the calm before and after the storm, his figures are fragments of the past and present struggling to remain whole against the psychophysical onslaught of devouring waves in a foreboding atmospheres–all of which is surrounded by the uncertainty of the blank white void. They constantly verge on being consumed and obliterated by this environment, but we know not were they end up. His solemn portraits of human fragility at times recall the spectral disquiet and mystery of 19th century photography.Their remnant scars and malformations heighten this fragility and are evidence of the sea's paroxysms. These pictures depict a floating, gravitation-less fictive space where his subjects exist as lost, dislocated figures caught in forgotten human dramas at once distant yet universal and hauntingly familiar.  They inhabit a place where fervent echoes and shadows of time resound over the immensity and vast stretches of a dark and mute sea.

Novatny was born in Wadsworth, OH in 1964. He earned his BFA at the Columbus College of Art and Design in Columbus, OH in 1987 and his MFA at the Yale University School of Art in New Haven, CT in 1990. His work has appeared widely in solo and group shows in galleries and museums from New York, New Orleans Atlanta, and Los Angeles to Berlin and Beijing. His work is in numerous museum collections including the Memphis Brooks Museum of Art, the Knoxville Museum of Arts, and the Central Academy of Fine Arts in Beijing. He recently completed his first outdoor mural commissioned at a friend's establishment in Brooklyn. He currently lives and works in Brooklyn, NY.