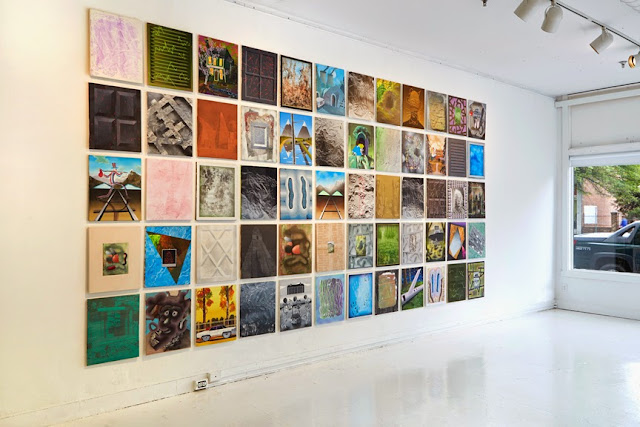 ADA Gallery is pleased to present "Paintings/Props/Intermediaries," an exhibition of new works by artist Bruce Wilhelm presented as a wall of sixty equally-sized paintings laid out in a symmetrical grid.

This new installation of works is a continuation of Wilhelm's interest in presenting groupings of his paintings as compendiums of visual puns rife with double meanings and re-purposed contexts searching for the accidental rhyme, the lost thread, or the forgotten punch-line. All the works can stand alone as independent works but viewed together they work with and against one another to produce new intersecting lines of thought and visual challenges for the viewer to assemble in the mind. This set of works addresses the eye's processes of scansion as one reads the wall as if perusing an anthropological collection, an appendix, or almanac of scrambled samplings of American life and mass media, mixing the hand-rendered with intimations of the world of mass reproduced images. His varied stratagems on display are a collage of thought processes that include foam pasted graphics torn from reference, incidental snapshots without context, faux science textbook detail images, absurdist takes on figuration, and vague graphic design concepts gone astray.
These paintings can be seen here as 'props'-- objects that serve as propositions or proposals for concepts and a multiplicity of personas or artistic identities. They serve as intermediaries of a kind between the artist and his desire for role-play-- the task of the painter he seems to suggest here is to engage oneself in a constantly shape-shifting survey of identities, formal strategies, art historical perspectives, personas, and invented personal histories that question the orthodoxies of the 'presentation' of artistic identity as a coherent, easily readable subjectivity.

Bruce Wilhelm earned his BFA in Painting and Printmaking at the Virginia Commonwealth University in 2004 and his MFA from the Rhode Island School of Design in 2012. He has appeared in New American Paintings Magazine and He has twice won the Virginia Museum Fellowship grant. As an undergrad, He received the Theresa Pollack Scholarship award in 2003 . He has appeared in numerous solo and group exhibitions including at Nudashank, Baltimore; Projekt 722 in Brooklyn and solo shows at ADA's former sister gallery Mulherin+ Pollard in New York City as well as numerous shows at ADA Gallery in Richmond, VA. Bruce is represented by ADA gallery and has been featured with the gallery at international art fairs in Dallas, London, Basel, Switzerland and New York City since 2006.

He currently lives and works in Richmond, Virginia. 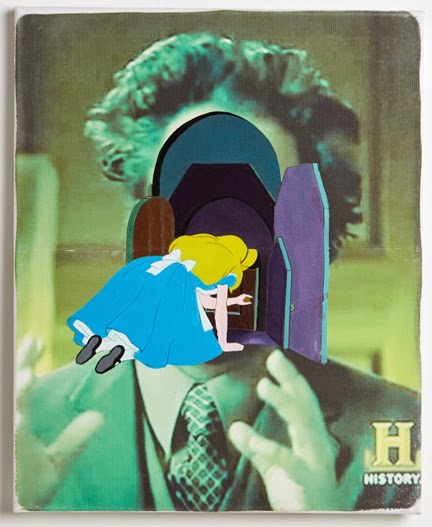 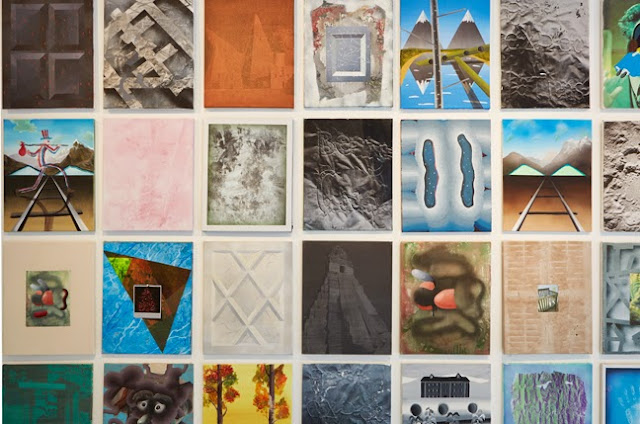 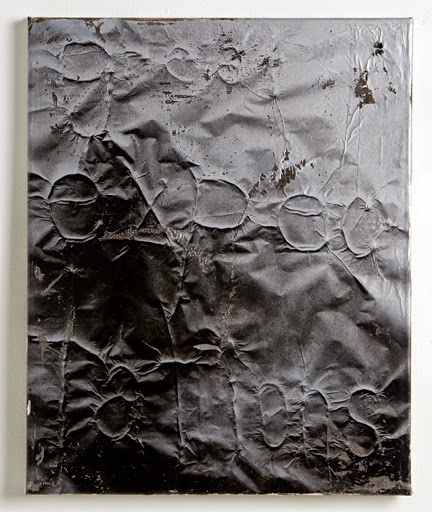 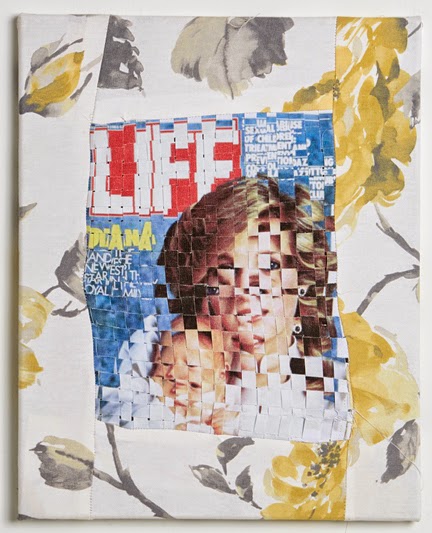 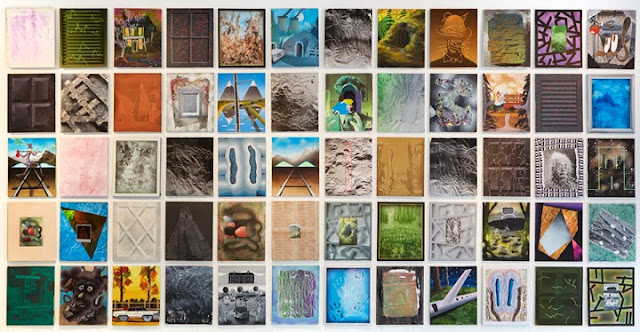 ADA GALLERY proudly represents Bruce Wilhelm.
make an appt. to see work from past years at the gallery, you'll be glad you did.