ADA GALLERY PRESENTS:
Jared Clark, Bilder Bildet
Opening November 3, 2017 (7-9PM) @ ada gallery, 228 West Broad Street, RIchmond Virginia 23220
For the past decade, Jared Lindsay Clark has been creating assemblages that blur the line between painting and sculpture. Clark’s primary materials are ordinary objects, ranging from detritus to collectables, such as cardboard boxes, discarded refrigerators, and paintings by amateur artists. Clark maintains a broad collection of these objects that he finds in dumpsters, thrift stores, and yard sales. He then binds them together in assemblages that vary in scale and shape. Clark’s fundamental objective is creating hybrids of two- and three-dimensional art by playing with the tensions between volumetric forms and flat surfaces, abstraction and representation, as well as modernist theory and postmodern pastiche.
In Clark’s first solo exhibition since 2014's Hard Candy at ADA Gallery, Jared returns with a selection of recent kitschbilds and new paintings. Kitschbild is Clark’s compound term for his assemblages, combining the words kitsch, describing popular, lowbrow, and often cheaply constructed items, and bild, the German word for painting (Clark playfully engages in further word play, as the word bild is pronounced the same as the English word build, reinforcing the artist’s interest in blurring the characteristics of painting and sculpture). In the kitschbilds, Clark uses pigmented resin to fill and bind the occasional sea shell and ceramic cookie jar with human and animal figurines. The resin adheres the objects into clusters with solid planes of color visible from underneath. The resulting sculptures have a “front,” a viewing point from which they appear to be flat as to be read as two-dimensional objects, akin to paintings. However, views from the sides and back reveal a mixture of unexpected materials as well as the dripped and pooled resin binders that hint at the process of their assembly.
The exhibition will also debut new oil paintings and gouaches, which represent Clark’s first return to painting since his undergraduate studies fifteen years ago. The paintings depict abstract geometric and biomorphic shapes reminiscent of mid-twentieth century modernism. Although generally flat in their appearance, when considered in relation to Clark’s assemblages, their compositions begin to suggest oblique views of more volumetric shapes.
exhibition dates: November 3 - 25, 2017
Jared Clark earned a MFA from Virginia Commonwealth University in Richmond, Virginia and holds a BFA from Brigham Young University, Provo, UT. His work has appeared in exhibitions throughout the United States including solo shows at the Utah Museum of Contemporary Art, Salt Lake City, UT in the winter of 2011; the Virginia Museum of Contemporary Art in the spring of 2012, and at the VOLTA Art Fair in New York City in March 2013. He has participated in residencies at the Kompact Living Space, Berlin, Germany (2008); Vermont Studio Center, Johnson, VT (2007); Art Omi, Omi, NY (2007), and was the recipient of numerous fellowships from the Virginia Museum (2006), the Dedalus Foundation, NY (2007), the Vermont Studio Center (2007), and the Utah Arts Council (2012).  In the collection of Bill & Pam Royall, Cindy Sherman to name a few.
instagram: @the_ada_gallery 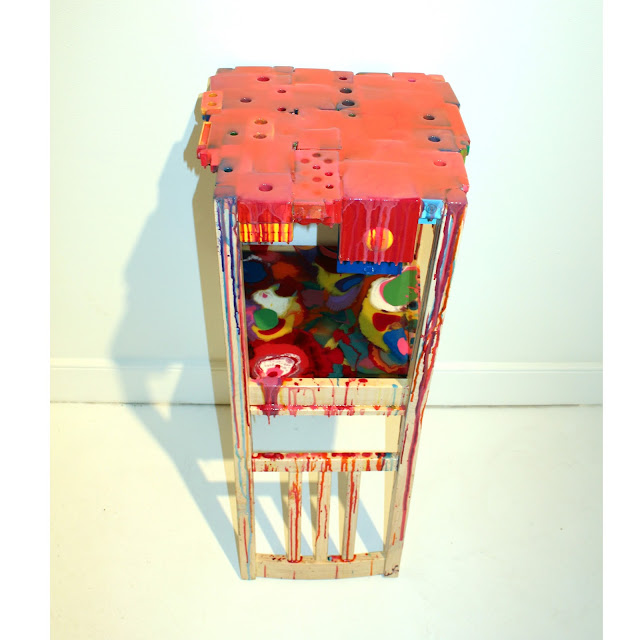 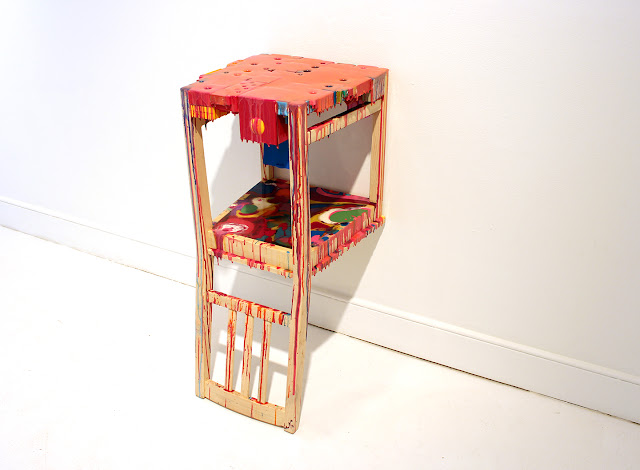 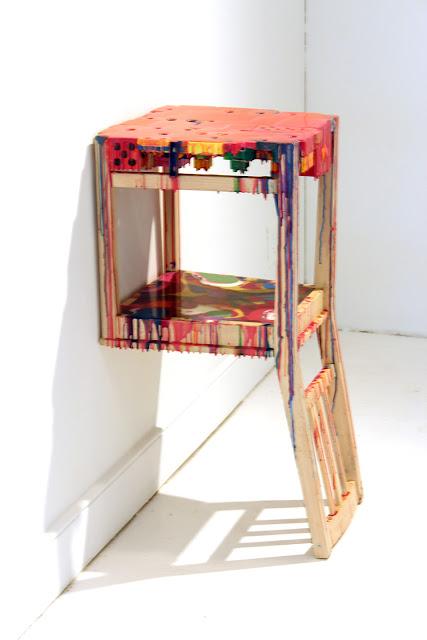